In the film Dr Ranj, interviews secondary school boys, asking them about any concerns with their physical appearance. It was shocking to hear how self-conscious these boys felt. So many resources and articles have been about girls and body image. But this film highlighted how boys have the same concerns as girls, they just don’t talk about it as much.

Dr Ranj becomes the photographer’s model in the film and demonstrates how many images are airbrushed, highlighting how much of what in the media isn’t 100% “real”.

It made me as a mother of two boys question what my children were seeing in their daily lives? How much pressure they are under to look “picture perfect”?

It also made me question whether I was a good role model for them? Was I promoting positive body image? After reading Media Smart’s parent guides, what stood out for me was how impressionable children are from an early age.

One simple piece of advice has made me rethink the way I talk to my children.

“Talk about what your body can do, not what it can look like”

This is now my internal mantra!

(I should add this isn’t something I do now).

My son looked confused and concerned and I quickly realised what a huge parenting fail this was!

“I’m massively guilty of talking negatively about myself, (not all the time you understand, just the odd comment!) and my sense of humour is naturally self-deprecating – but I try and catch myself saying things in ear shot of my son as I know it all goes in…Personally, I don’t think it’s harmful to tell your kids they are beautiful and as long as you make sure it’s clear you mean inside and out and explain that beauty takes so many interesting forms etc..”Mum of 7-year-old boy.

“I’m guilty of moaning about my weight in front of my daughter. It’s only started recently but as soon as it comes out I feel so terrible, especially since she’s started talking about her fat tummy” Mum of 8 and 6-year-old girl.

“My mother was a serial dieter and it really gave me a complex about my weight, conversations about losing weight seemed the norm in my house! I’m careful not to pass these on now!” Mum of 11-year-old girl and 14-year-old boy.

“My husband and I would always talk about our weight and dieting openly. And we started to notice our children asking about their weight which was a massive wake up call for us”. Mum of 2 teenage children.

“A friend of mine’s Dad once called her thunder thighs, she became anorexic at 14 and blamed that one comment”. Mum of 9-year-old girl and 12-year-old boy.

We all have stories, we all remember what it was like being referred to as a child by our size or shape or appearance, and the negative effect it can have on us. There’s still so much more that we must learn about passing on our insecurities and comments to the next generation.

We need to empower children with critical thinking skills to help them navigate the digital world around them. And be better positive body image role models.

Download our free parent guides or teaching resources to find out more. 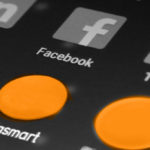 The media, e-safety and education blogs that we love 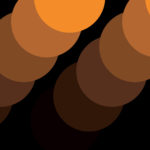