It’s always great to hear how other parents are tackling this controversial topic, especially when you have younger offspring than them.

We asked parents (and guardians), what rules and guidelines they put in place for gaming and about the challenges they’ve had to deal with. Rather than banning it completely, the resounding advice was that if you don’t show them how to moderate their screen time and the amount of time they are gaming then who will? Gaming addiction can be a real problem and we have an opportunity to teach them about moderation. An essential life skill.

Read some of these useful insights from parents:

Check the age guidelines of the video games

“Fortnite has a 12 rating. I prefer Minecraft/racing games/Fifa as they can play together, so although it’s screen time it’s collaborative and social. I’m prone to hide the lead at night, so when they sneak down early in the morning, they can’t avoid the rules!”

“We have found Fortnite very addictive and it also has an age 12 for a reason. It’s hard to stick to age ratings when ‘everyone else’ is allowed to play. But I don’t allow them to play if the rating is more than one year ahead of their actual age.”

“My son wants to play Call of Duty game which I’ve said no to as it’s an 18. Getting the usual peer pressure of “X has it, Y has it” (even though their mothers tell me they do not have it!!).”

“My kids love video games but would never self-manage. It’s pretty much weekends only in this house after they’ve done some exercise, helped and done their homework. They still then have a time limit”.

It’s game dependent, some are designed to be more addictive than others

“Any time pressure in a game is specifically programmed to be addictive and that’s where the problems begin (in my opinion), also any games where they are part of a community and will be letting people down if they don’t participate is also worrying. Chose games wisely I say!”

Ask other parents about games you’re concerned about…

“I’m mean and banned Fortnite after another mum told me how her sons’ behaviour went downhill after playing it. So we never had it. My 9-year-old has been fine with that, but generally gets very obsessed with games. He’s just started building command blocks in Minecraft (coding) and I love that. He also does coding club at school so maybe encouraging more of that is the way to go…”

Discuss the reasons why you are setting gaming restrictions

“Gaming is a kind of social currency so while the boys are happier in themselves with less gaming, they feel it affects their friendships”.

“We discuss all the reasons for the restrictions and they have other interests out of the house, e.g. DofE, Explorers, and so on. But at home the default activity is gaming and when we take it away, they watch gaming videos on YouTube!”

“I do encourage my 14-year-old to go out with friends more, but am meeting resistance from other mothers. Many say they’d rather their sons were at home gaming because then they know where they are and that they’re safe”.

“My advice to those with primary school kids would be to tackle any gaming issues now as it only gets harder later and if my two weren’t used to us keeping an eye on them, I don’t know where we’d be”.

“My son is somewhat addicted to certain games! He also probably plays more than he should (because I’m a single mum spinning too many plates), but he does get off it when I ask him to. It’s just that I find that he gets back on it an hour later. He definitely doesn’t play outside as much as he used to. Three of his friends’ mums and I have talked about limiting them and so we’ve collectively given the same message to the boys and agreed on some limits”.

“I do recognise that this is how the kids are communicating and chatting to each other (they all have headsets). I can hear him having conversations about things not to do with the game, as well as much laughter and it’s all good-natured, so perhaps they are more than just games, but today’s version of the phone. I don’t mind if he wants to unwind for a while after school doing this. He does recognise though that it isn’t always the best thing to be doing and will periodically ask me to limit it for him”.

Play the games with your kids

“I think it’s good for parents to play with them sometimes, entering their world and taking an interest. Makes it seem less like we are the mean video game police!”

You need to adapt the rules depending on your child

“Eldest has just started Y7 and is sensible so doesn’t moan too much when I tell him to take a break. The youngest is constantly on his tablet and sometimes throws a wobbly when told to stop and we’ve had issues all Summer”.

“As someone who has previously worked in the video games industry, I know the dangers so limiting screen-time is definitely important!”

Set clear guidelines for when they can have video games

“My kids are only allowed games on weekends and not all day. They are pretty sensible about it, to be honest. We also talk about why it’s not a good idea to game the whole time so they know it’s not without reason”.

“We have programmed the router to restrict access so they can only play for 1 hour 15 mins Mon-Fri and on Sunday Mornings, two 1-hour slots on Saturday”.

Harness their creativity through tech

“I think I’ve turned my kids into mini entrepreneurs, the 9-year-old has started a “writing club” at school, they create stories online for classmates. Give them a topic and they write it up for you in cartoon format, the stories are amazing and hilarious. He now develops the short stories via google voice typing and he has “business meetings” instead of playdates. So, the long and short of it is – harness their creativity and keep them busy with other related tech activities”

Incorporate computer use and gaming into offline activities as well

“Don’t forget the good ole pen and paper method and then get them to put it into text on the computer. Mine are mesmerized by things like MS paint and Canva (which I use for my own work and business)”.

“I prefer to buy games and pay upfront for them rather have the constant nagging from my kids to buy the next thing that will get them to another level or enhance the game for them”.

*Media Smart outlines what an in-app purchase is in its free Digital Advertising resources. 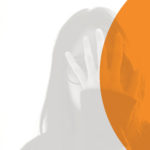