We’re delighted to announce that Media Smart and our educational resources have been featured in the UK Government’s Online Media Literacy Strategy, which was announced in July.

One to show the kids in your life who might be pirating content or thinking about doing so! 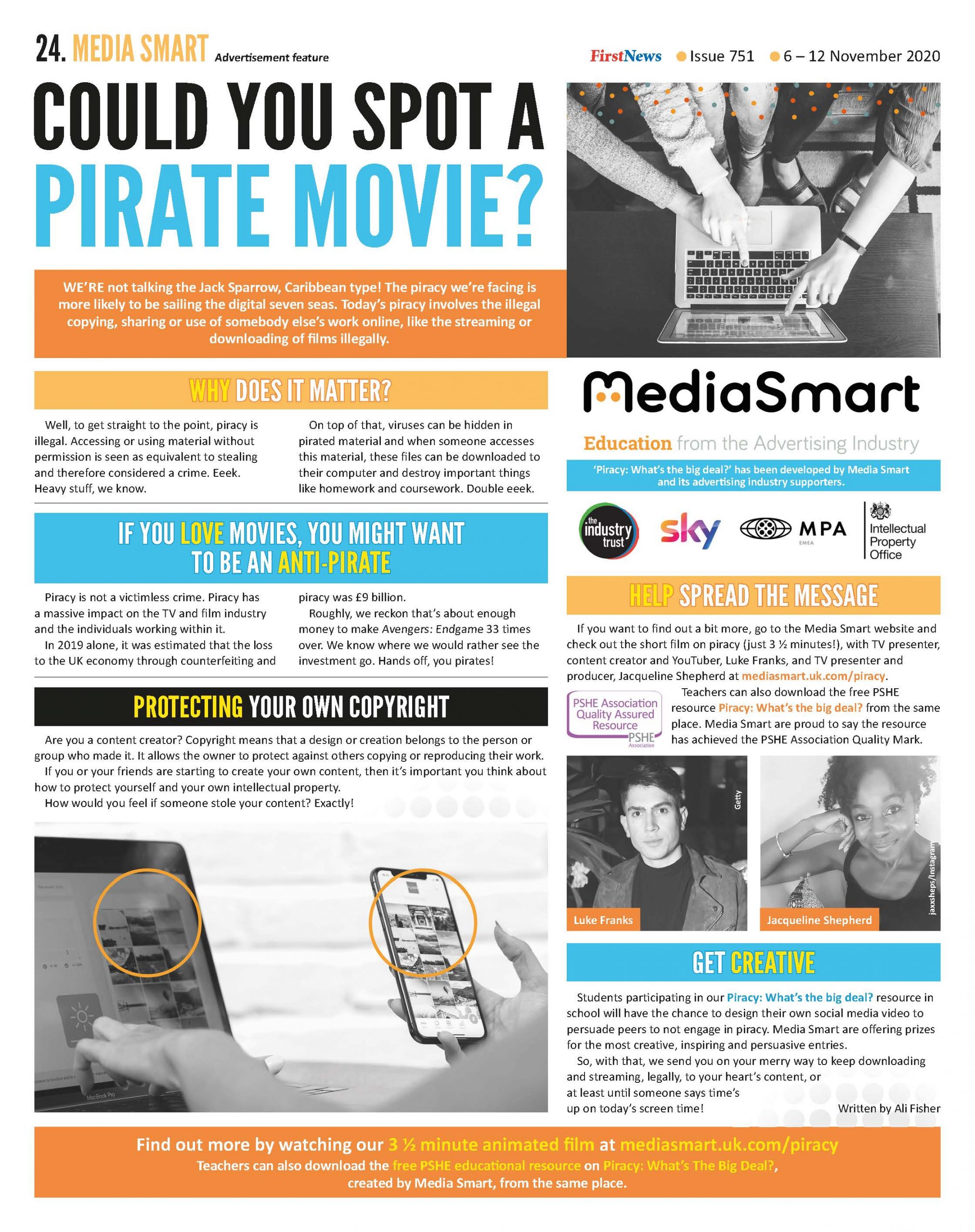